Scroll down to access FREE video lessons with Reference Notes taught by homeschool mom and math teacher Alesia Blackwood. Students will learn what a fraction is, how to recognize equivalent fractions, and how to add, subtract, multiply, divide, simplify, convert, and order fractions. Alesia helps students to visualize fractions and makes understanding fractions easier!

‍Fractions are all around us! A fraction represents a part of a whole. We use fractions every time we have a slice of pizza or a piece of cake! Depending on how many slices our pizza is made of, our fractions change.

Some fractions may look different, but they actually represent the same amount! For instance 1⁄2, 4⁄8, and 2⁄4.

Although each of these fractions is written differently, they all represent the same amount. Many amounts can be represented by a variety of fractions. In the video and reference notes, we help you visualize this by using fraction strips to see which fractions are equivalent.

SIMPLIFYING FRACTIONS means reducing a fraction until it is as simple as possible.
If we cut a pizza into 8 slices and eat 4 of them, would we say we ate four-eighths or 4⁄8 of the pizza? We could also say we ate one-half, 1⁄2 as both are EQUIVALENT FRACTIONS. One-half is simpler because it uses smaller numbers, so we are more likely to say one-half instead of four-eighths.
‍
How do we reduce fractions?
‍
When we want to reduce a fraction, we have to find the GREATEST COMMON FACTOR between the numerator and denominator. Then we divide both the numerator and denominator by the greatest common factor to reduce our fraction.

Sometimes we have to compare fractions to determine which fraction is greater than or less than the other. This is easier if both fractions have the same denominator. For example, if Maya ate 5⁄8 of a pie and Kaleb ate 7⁄8 of a pie, we would know Kaleb ate more because 7 is bigger than 5.

When the denominators are not the same, we need to make them equal before we can compare. We use the same strategy we used for equivalent fractions.

Sometimes we may be in situations where we want to compare more than two fractions. For example, if Dan has eaten 2⁄6 of his candy, Stuart has eaten 5⁄6, and Kirsten has eaten 4⁄6, who has eaten the most candy and who has eaten the least?
The easiest way to compare multiple numbers is to place them on a number line. Then we can see all the fractions in comparison to one another. We’ll demonstrate this visually in the video and reference notes.

There are three simple steps to adding fractions:

The exact same rules apply when we are subtracting fractions:

n this lesson, we will help you visualize what happens when you multiply fractions to gain a deeper understanding.

In this lesson, we will help you visualize what happens when you divide fractions to gain a deeper understanding.

These videos & reference notes have been taken directly from our UnLock Math Foundations course that we developed to quickly fill in gaps and catch students up. We get students ready for Pre-Algebra no matter what grade level they are starting from.

We’ve had students who were significantly behind grade level, grades 2-3, successfully finish Foundations in 6 months and move into Pre-Algebra, covering 5 grade levels in one year.

Want your student to quickly catch up and fill in math gaps? Sign up now and let us accelerate your child’s progress! 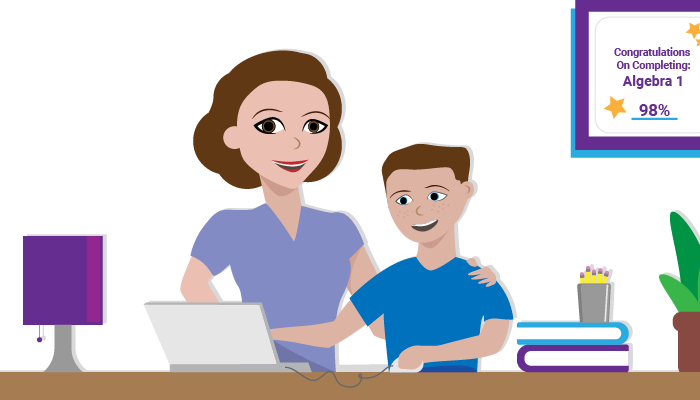 Sign up now for our 14-day FREE trial—no risk, no obligation, and no credit card required!